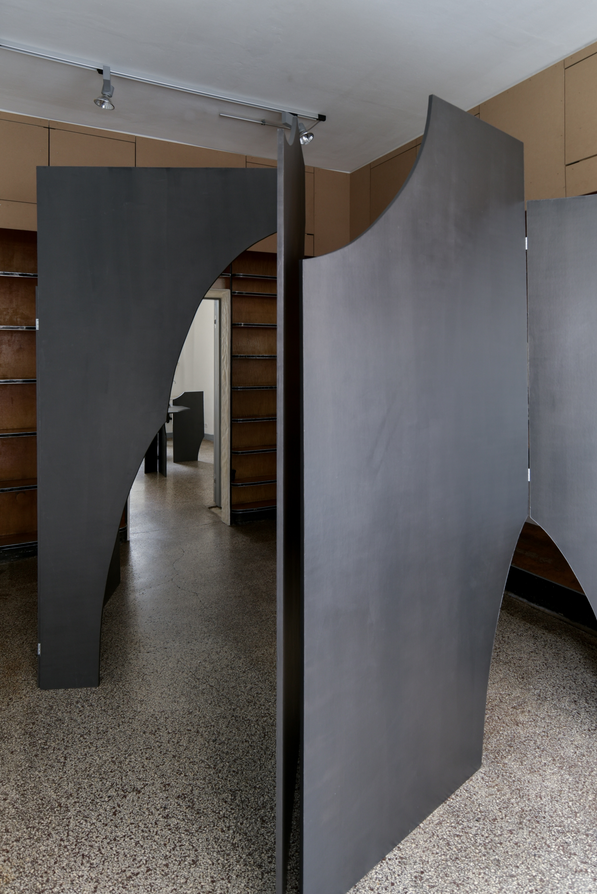 For the exhibition ‚An Easy Method of Representing Natural Objects According to the Rules of Art‘ at Ædt, artist Lisa Klinger and designer Malte van der Meyden build a creative union between respective backgrounds in image-making and object-making. They quickly discovered they had much in common in terms of material fantasies and obsessions.

The concept was initially inspired by the baroque technique of the ‚practice of perspective‘, a guideline for how to draw a three-dimensional space, with rules for the proportion and position of objects and figures in space and practical methods of drawing after nature. This concept and technique intermingles with the interest in transplanting natural phenomena — draught from their bodies — to design and art.

The outcome forms an equation between product, some kind of functional item that has a use value, and an object d’art. Therefore the drawings contributed by Lisa are seen as a sculptural process of bringing-to-life, transitioning the two-dimensional into the three-dimensional, embodied in graphite. But also reflecting on the malleability of how objects are produced and mediated today.

For the visual display the duo produced paravents-style interior made of simple honeycomb boards, covered in a graphite-pigment-solution unfolding through the exhibition space which simultaneously function as passage, paravent and display. 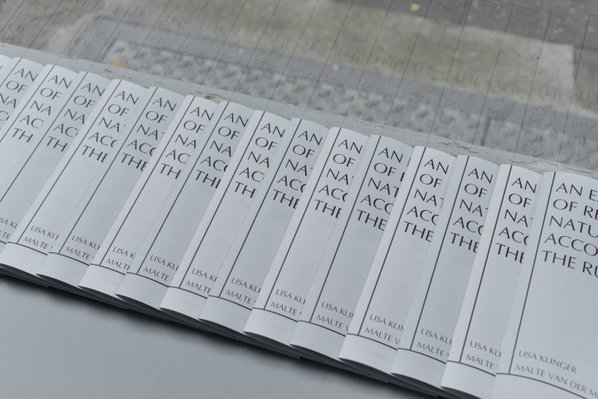 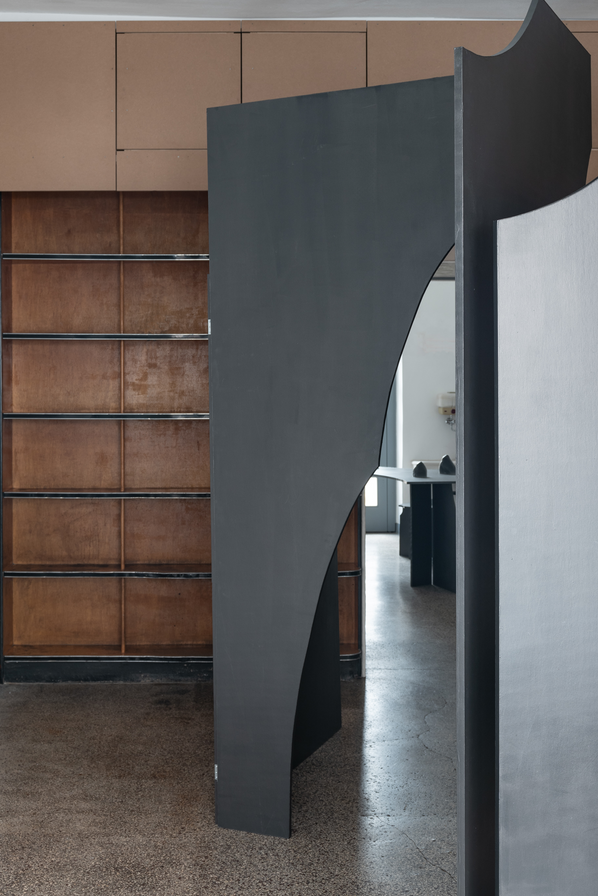 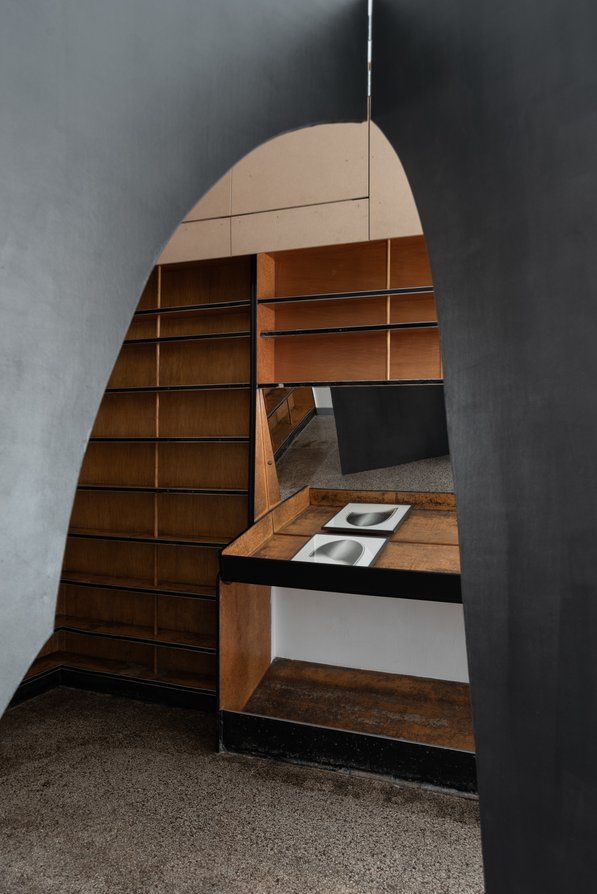 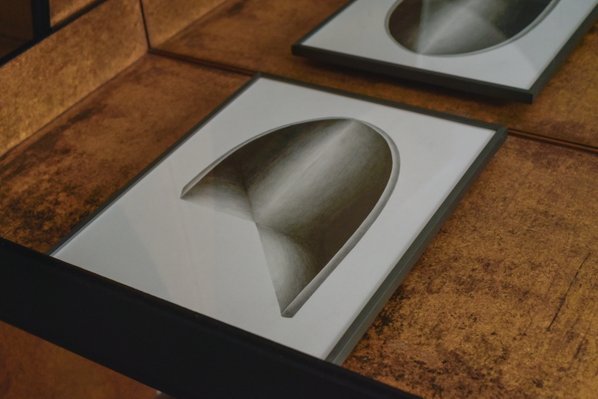 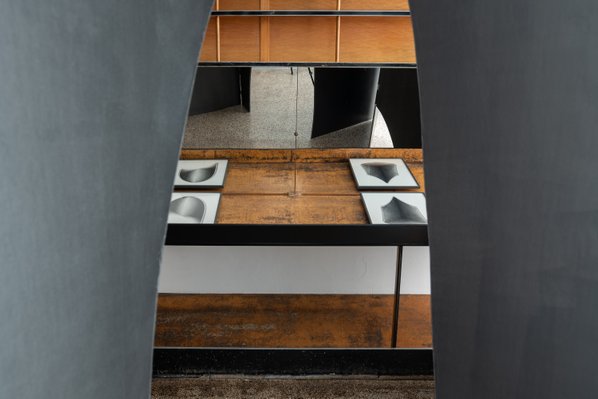 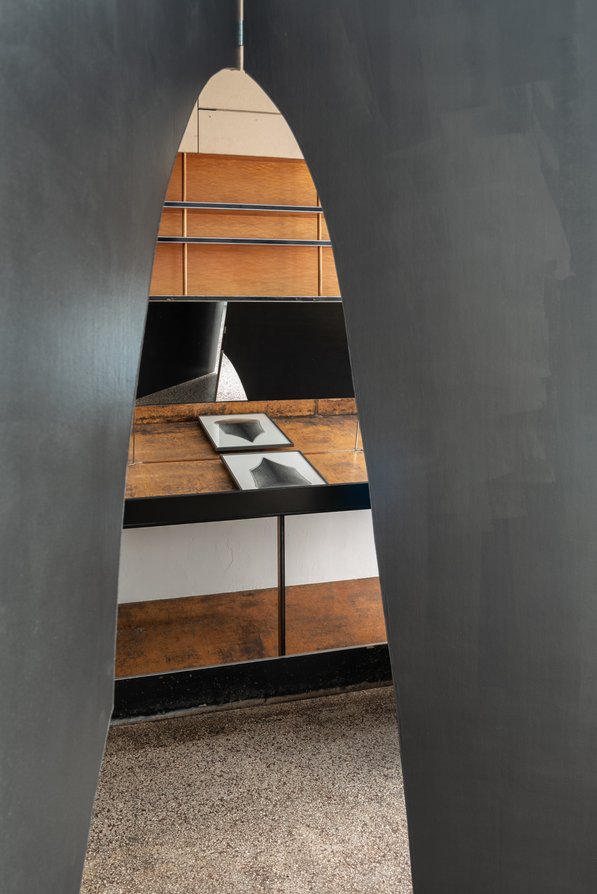 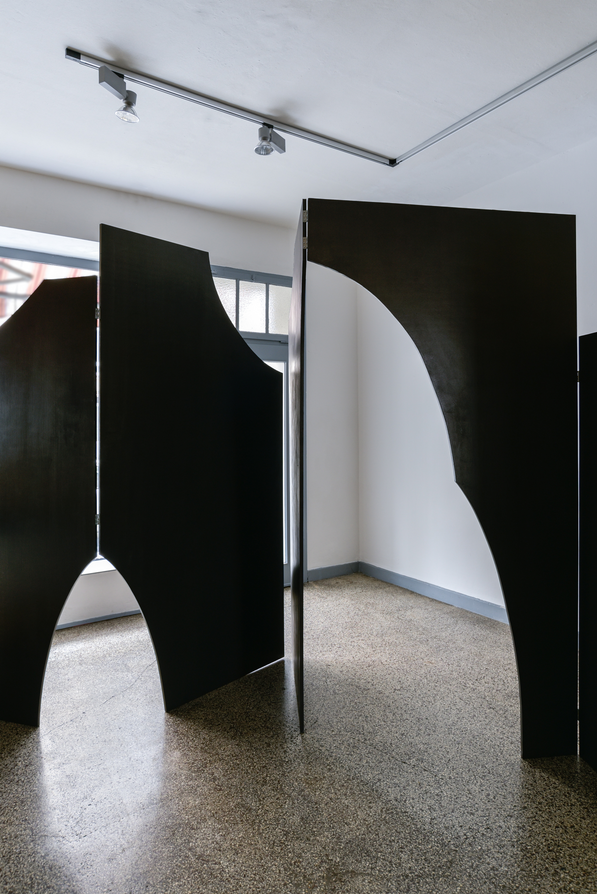 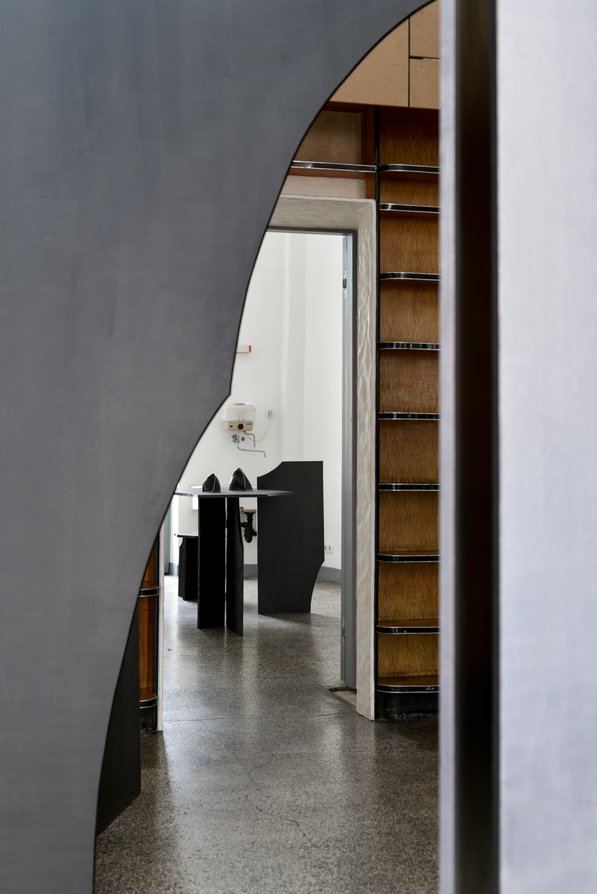 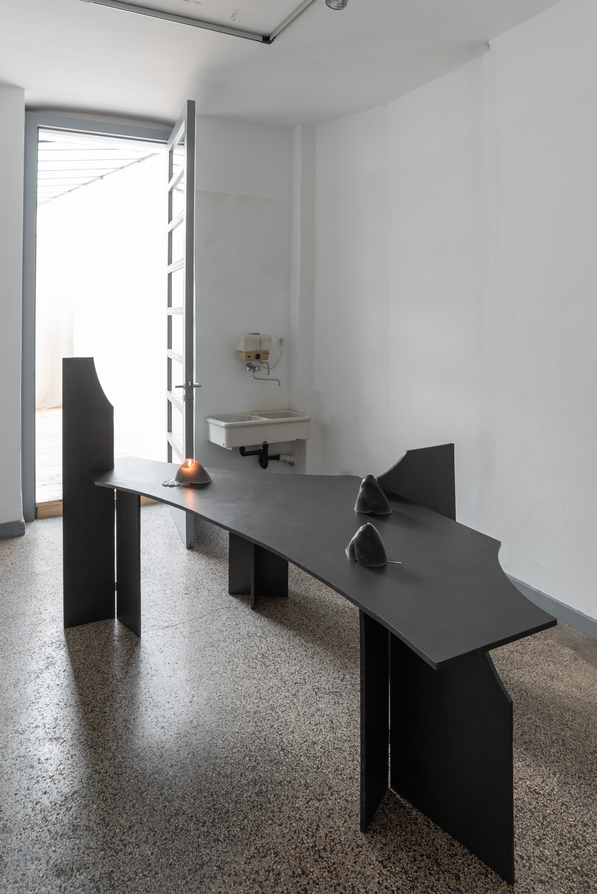 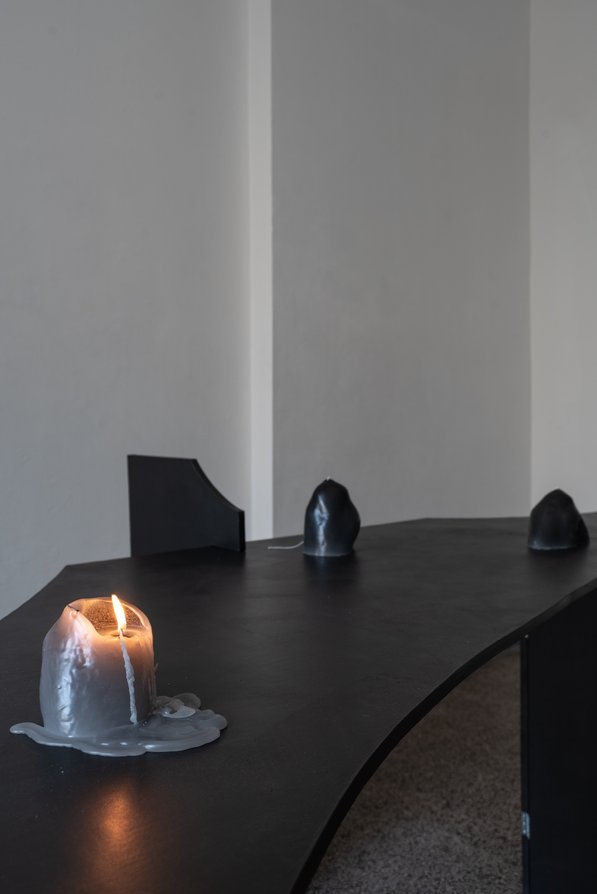 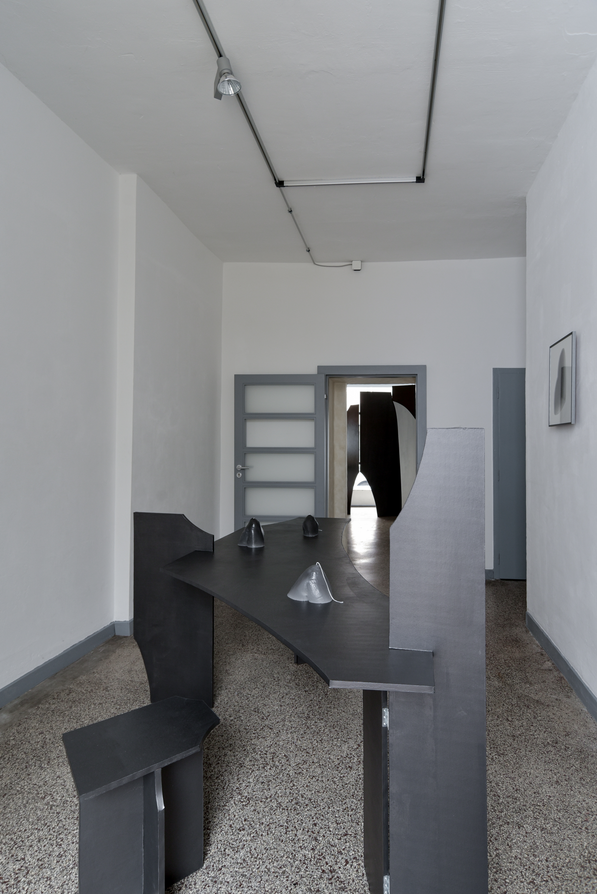 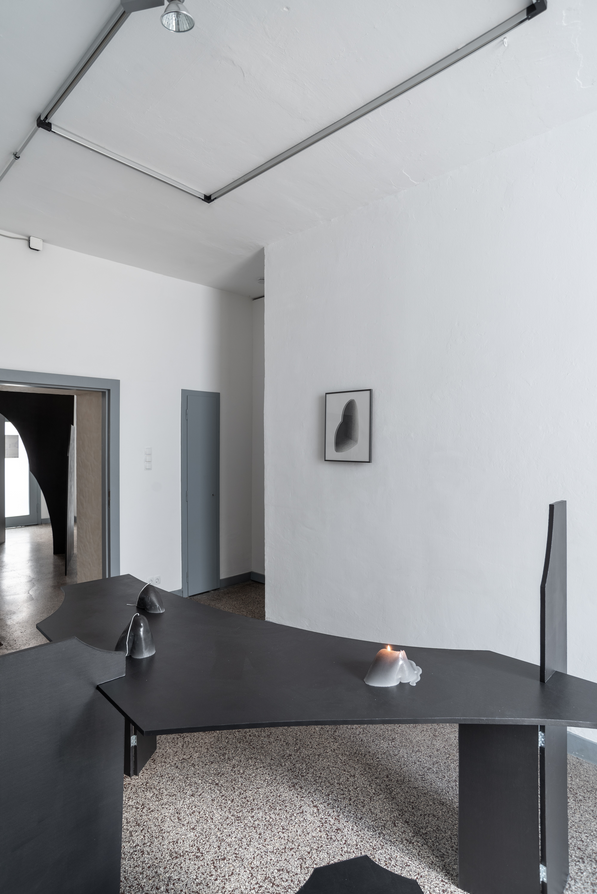 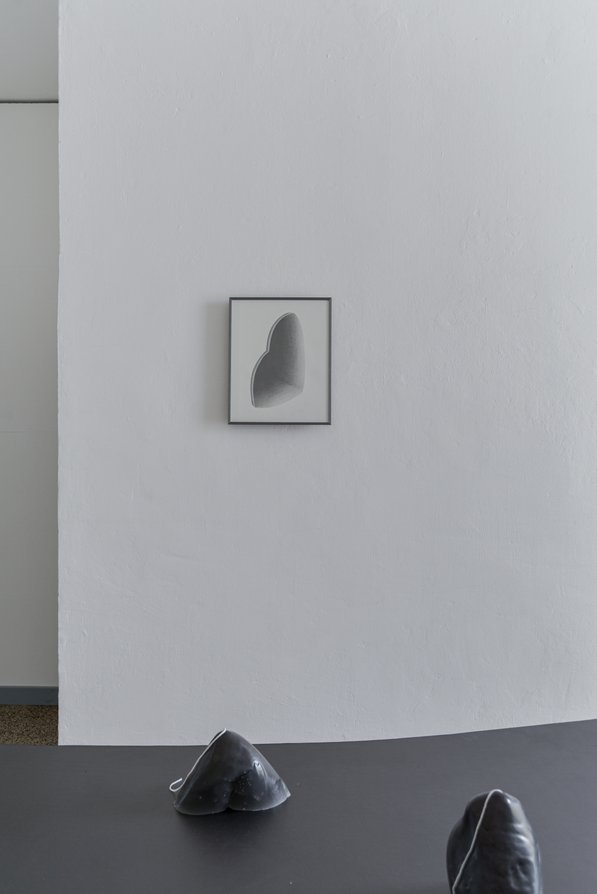 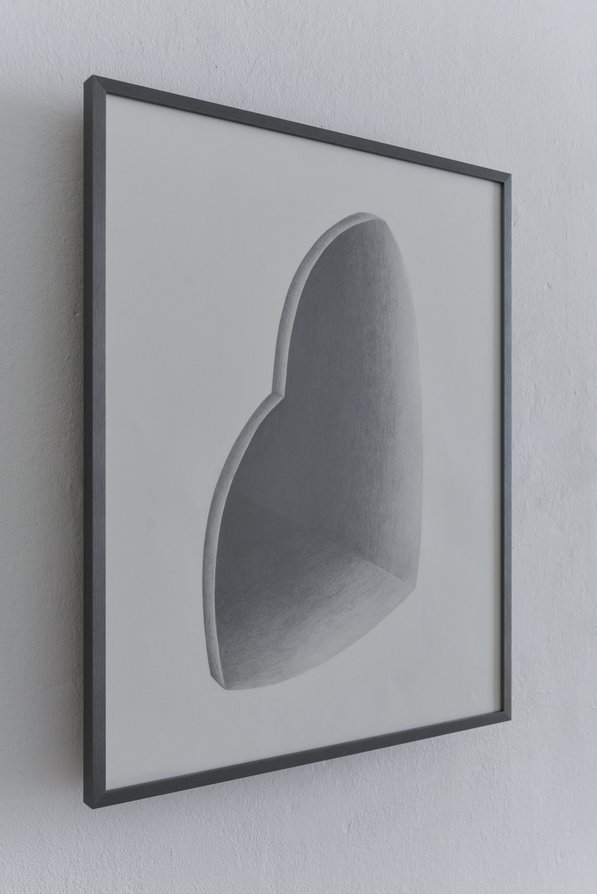 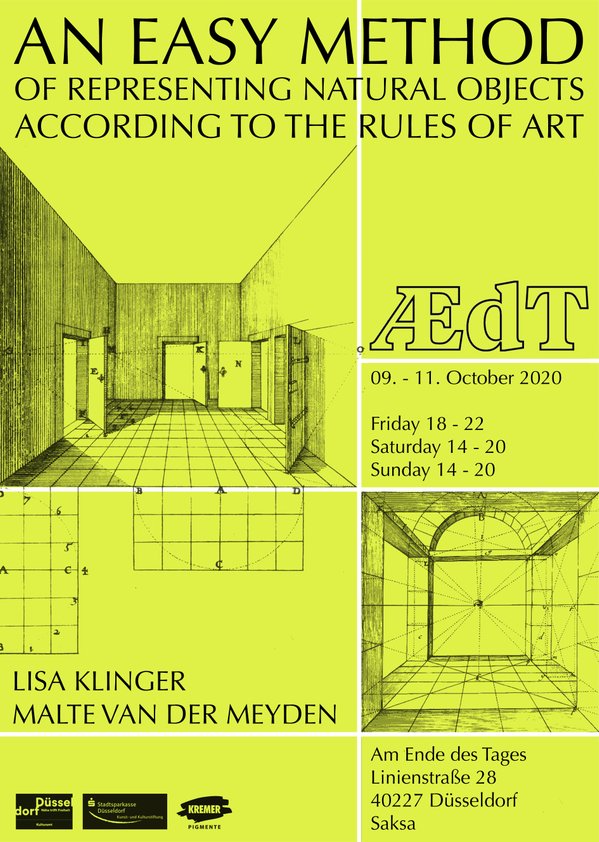